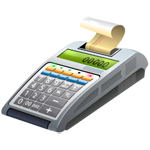 I would like to take some time to explain to everyone why the P&L and Sales Tax reports that you think should balance – won’t balance.

I would like to use real world figures, and present evidence for you, why 3 reports match to the penny when comparing apples to apples to apples – but won’t ever visually appear to match because you are matching apples to oranges to grapes – and this is simply due to user interaction with Lizzy during the normal course of business.

I say three reports because it has always been our contention that the Sales Summary Report and the Sales Tax Report should match, and that if they don’t, 99% of the time its because something didn’t get processed on the Tax Report for a prior month, and so that you will understand that these reports do, in essence, match to the penny, when the users don’t interfere.

So now, 2 of our 3 reports match to the penny – so lets look at the P&L.  If we generate a P&L for last month, our Total Income is 512434.36.  Now of course, this doesn’t match our test figure.  Again my argument is that it never will this way, because you, as the user, do things that hit these accounts that aren’t on an invoice, and thus, change this figure from being an apple to a grape.  But what happens if we remove the grapes…  So lets do that, and prove how it does match before the you, the user, does something in the system that you don’t think to take account for.

So by taking away all the non-invoice user interaction with the tax report and the GL, we see that everything balances.  But so long as you do things like have shortages/overages in your cash drawer, write AR adjustments to sales, write Cash Drawer adjustments to sales, sell license and registration fees, have to deal with Tire disposal fees, and take trade ins with a balance owed, your P&L will never match your tax report.  Now, since all of those things are a normal part of doing business, you’ll understand why your P&L will never, just by looking at the total income, match your tax report.  And if you continue to not pay off everything on your tax report monthly, why your tax report will not match your sales summary report.

My point is that, as you can see, the system is DEAD RIGHT when it comes to its figures.  ( As has been proven to many of you dealers who asked me to prove it ).  So the issue isn’t the reports – as I’ve shown they all match once you take user issues into account.  I hope this evidence proves to you that you can trust the Sales Tax Report, and the Sales Summary, and the P&L Reports – even though they don’t match at first glance.

So, you need to keep in mind these factors when trying to compare multiple reports in Lizzy. Remember, you are not always comparing apples to apples – in these two examples above, we were comparing applies to some other type of fruit!.